From the air, it was easy to see why Alaska attracts certain kinds of people—not just loners and misfits but explorers and adventurers as well, anyone drawn to wild, wide-open spaces. Soldotna, a fishing town of about 4, people, sits along the Kenai River in the western lowlands. Heidi and Rick had two children together, and he had also been raising her eldest, a daughter from a previous relationship, as his own. Dolly was 53, petite and gregarious, with short black hair, glasses, and an angular face. Heidi was 33, tall and robust and dressed for the outdoors, but with a soft manner that seemed to belong inside.

Heidi worked at a coffee shop; Dolly helped her husband, an electrician, run his business. Dolly was the talker, the instigator who moved things along. Heidi was the thoughtful one, more apt to listen and absorb. Dolly seemed to rely on Heidi for steadiness, Heidi on Dolly for uplift. And I like beer. On February 24, , he had been home from an oil-rig job for just a few days when he left Soldotna in his red Dodge truck to pick up a paycheck in Anchorage, about miles away.

The company confirmed that Rick had gotten his check that day, but his truck was found two days later, plowed into a snowbank in the town of Sterling, just 15 miles from home.

Search dogs lost his scent, as if Rick had been plucked from the snow and lifted straight into the air. He was 35 years old. He adored them; he had nicknames for each of them and took them fishing every chance he got. On the day he left home for the last time, Rick had asked two of the kids whether they wanted to come with him.

The two women feared that Rick might have been a victim of foul play. Devoted as he was to his kids, he had a wild streak. He liked to get high on cocaine or pills and then go out drinking all night, and he ran with a crowd of men and women who had been in and out of jail. For the sake of his family, Rick had tried many times to quit partying, only to be drawn back in. After the police stopped searching, Dolly and Heidi kept the case alive.

The two women plastered the communities along the Sterling Highway with missing-person posters. They interviewed friends and acquaintances police had overlooked.

Dolly recruited snowmobilers and pilots to go over the search area again and again. She even consulted psychics. One, a British woman who lived in Anchorage, told Dolly that two men had been nearby as Rick was dying, that they had rifled through his coat for drugs and then left, and that Rick had frozen to death. The two women came to believe she was closer to the truth about what had happened to Rick than anyone else, certainly closer than the Alaska State Troopers.

She said it would be 10 years before they found Rick. When they let their minds go there, the possibilities multiplied, became endless. They tried to block those thoughts, but they never went away completely. Yet the two women would keep searching for the next 10 years. The e-mail appeared in my inbox in September There was something about them that stayed with me, growing more vivid as the years passed and I suffered losses of my own.

The image of two women studying a map, a single light overhead, spoke to me of an inner toughness rising to the occasion. A resilience equal to the worst thing that can happen. 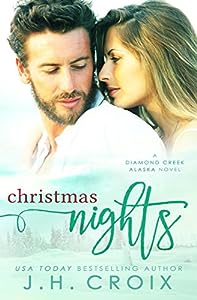 She and Dolly took turns filling me in. They told me a body had been found, and that its DNA had been tested. For the next hour, Dolly and Heidi described a series of events that I could barely follow. They were still piecing the narrative together themselves. The three of us would wind up having regular phone conversations, trying to make sense of what had happened. Four months later, in January of , I flew back to the Kenai Peninsula.


I arrived 10 years to the month after my first trip and found Soldotna exactly as I remembered it: a gritty little village trying to be a town, drab in its winter coat of month-old snow and ice. Dolly and Heidi had obtained a thick stack of official case files, many of them marked privileged.

Among a hodgepodge of field reports, lab results, correspondence, handwritten notes, and transcribed witness accounts dating back to was a two-page letter from the director of the Alaska State Troopers, Colonel James Cockrell, dated August 28, The letter had been hand-delivered by Captain Andy Greenstreet, the commander of the detachment that covers the Kenai.

Only Dolly was home. She called Tom and Heidi and told them to come to the house. When everyone was settled around the dining-room table, the captain started reading.

Captain Greenstreet paused without looking up from the letter. He was just the messenger. By the time he finished, Dolly and Heidi were weeping.


He was home alone that day; his wife, Bette, was sick and being cared for by relatives in Washington State. Delivery of the letters had been coordinated so that they would get the news at roughly the same time. In early , I traveled to Lake Havasu City to meet the other family that had gotten a knock on its door the previous August.

Leon sat with his elbows propped on a small table, his hands clasped as if in prayer. He spoke slowly, his voice like gravel. A retired contractor in his early 70s, Leon is a compact, sturdily built man, naturally reserved but with a lot on his mind. Bette Bennett was in the last stages of a terminal lung disease. She was at home when I visited, only partially lucid, so I spent two days with Leon at the house of his sister, Jane Potter, who lives down the street. Jane and her husband, Leroy, are snowbirds, Alaskan residents who winter in the Southwest.

His name was Richard too.

He and Rick Hills must have crossed paths many times—at the Safeway and the hardware store, at gas stations and stoplights—given that they lived only a few miles apart along the same highway. But they traveled in different circles, and no evidence exists to suggest they knew each other. He preferred to stay outside, on the front steps. Richard was most comfortable in the wilderness. The boots are too big; the tops reach all the way to his crotch. The boy is grinning from ear to ear. He did auto-body repair, but so did a lot of other people on the Kenai. They were startled to find the trailer completely cleaned out.

Jane called Leon, who was living in Bremerton, Washington; he flew to the Kenai the next day. Several large Rubbermaid bins were each labeled with the name of a friend or relative. A few were marked for Jane, with whom Richard had always been close. Inside she found household items: coils of rope, a few tools, frying pans, spatulas, mismatched bowls. On a shelf were the titles to two old pickups, which Richard had signed over to her. But seeing all his things packed up and labeled, the trucks signed over, it looked like he got his affairs in order.

Nothing was certain, however.